CATSKILL — The long-dormant Friar Tuck Inn, which was an iconic resort in the 1970s but has since fallen into disrepair, has been purchased by a New York City businesswoman who is planning a “Mindfulness” resort with a spa, horseback riding, hunting and fishing, cross country skiing and a possible waterpark as tourist draws.

Queens real estate agent Elena Fu and another unnamed investor quietly paid $5.8 million for the approximately 200-acre property in March from L&H Resort System, which purchased the property out of foreclosure in 2011 for $2.4 million.

While many of the long-term plans such as the waterpark are tentative and will have to come after basic infrastructure renovation, they hope to open 120 rooms by March, said Thomas Zawadski, director of business development and finance at the Buffalo-based Savarino Companies, which is working with Fu to redevelop the property.

Eventually, they could invest between $60 million

Just in time for leaf-peeping season, Amtrak is making it easier to plan a New England getaway for two with a buy-one-get-one-free sale.

Book a seat on one of the rail carrier’s Acela or Northeast Regional trains, which operate between Boston and Virginia, for travel through Saturday, December 12, and you can bring along a companion for free.

Available fares start as low as $30 (for Northeast Regional service between Washington, D.C., and Richmond, Virginia). Other appealing options include $56 for D.C.–Philadelphia; $66 for New York–Providence, Rhode Island; and $69 for Boston–Philadelphia.

The cost for tickets along many routes falls under $100—and with the BOGO promotion, you get two seats for the price of one.

You’ll need to book your trip at least three days in advance, and the deal is not valid for travel on Fridays or Sundays. And there are three additional blackout dates: November 24, 25,

The COVID-19 pandemic has made travel difficult for much of 2020. That’s led to many sports broadcasters only working on site at home games for the teams they cover, while staying home for the road games and working remotely.

On Saturday, that’s what longtime Florida radio play-by-play announcer Mick Hubert will be doing. Hubert has worked 394 straight Gators football games, and that streak will continue, but it will be in a different fashion as he will broadcast the season opener from Weimer Hall on Florida’s campus, according to Pat Dooley of the Gainesville Sun.

The Gators are set to begin the campaign at Ole Miss on Saturday afternoon.

“I take some comfort in seeing that in baseball, the announcers aren’t traveling either,” Hubert recently said, per Dooley. “I’ve been lucky. I’ve been healthy. I’ve never missed a basketball or baseball game. I was scheduled to cover either.


Brendan Cole shared an adorable photo of his two children on Friday as the family set off on an adventure – and we can’t believe how much they’ve grown!

The former Strictly Come Dancing star posted a sweet image to his Instagram Story, showing him and his kids buckled in as they prepare to take off on an airplane – while mum Zoe managed to bag herself a “solo seat”.

While it’s unclear where the family were going or coming from, they do own a home in Mallorca, Spain.

In the snap, Brendan’s daughter Aurelia, seven, sits by the window keeping herself occupied, while little brother Dante, two, gives a cheeky smile to the camera.

Entrepreneur Willie Morris and I are in a Tesla Model 3, driving up and down some hills in Mariposa, Calif., about 35 miles west of Yosemite National Park’s Arch Rock entrance. There is no road — only dirt and trees, rocks and cows. Morris is flooring it and swerving, setting off waves of dust in all directions. It feels kind of dangerous, but I can’t stop laughing.

“Most of the fun is the quick acceleration and the drift in the back end,” says Morris, an affable businessman who once built a company with Gary Vaynerchuk — the venture capitalist and strategy guru better known as Gary Vee — and has worked on consulting projects with NFL Hall of Famer Curtis Martin.

More recently, he teamed up with two new partners, John Cahalin and David Taylor, to start a large-scale resort centered on an electric vehicle park and an off-road driving

Norwegian rose as much as 11%, Royal Caribbean 7%, and Carnival 8% before each settled down to slightly lower gains as of noon EDT.

The industry continues to be severely impacted by COVID-19 restrictions, but Barclays’ analyst Felicia Hendrix upgraded the sector today, saying she thinks the industry is nearing an “inflection point.”Â 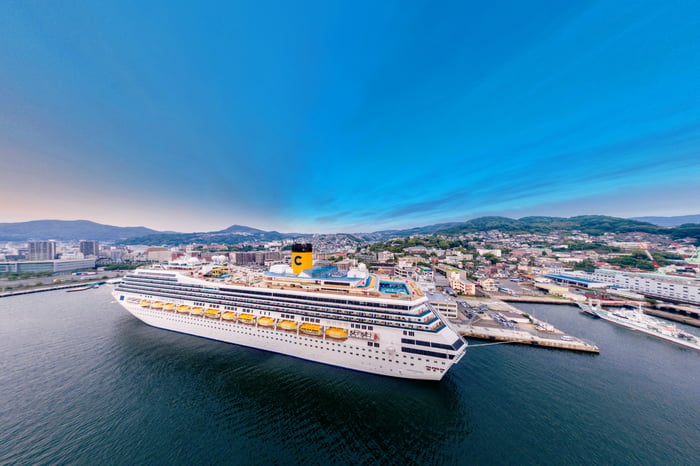 The analyst upgraded her ratings on all three cruise operators from equal weight to overweight today, though noted that it may still be early to realize the outperformance. She points out that though current sailing restrictions from the Centers for Disease Control and Prevention (CDC) end on Sept. 30, 2020, there is a likelihood


Here you can get the latest information on the coronavirus, or COVID-19, in Georgia and South Carolina and resources to be prepared and keep your family safe.

More than 6.8 million people in the country have been infected with the virus and more than 199,000 people have died, according to data from Johns Hopkins University.

The United States is closing in on the somber milestone of 200,000 deaths from COVID-19 as more than half of states are reporting a rise in cases. The climb comes after many states had seen case numbers decline following a summer resurgence of infections.

Most of the city’s major casinos are also open and following similar protocols. In the Cosmopolitan of Las Vegas casino, for instance, gaming floors have been rearranged to accommodate reduced capacities and social distancing. In some cases, there’s plexiglass between players. Tables are limited to three players at a time and onlookers cannot linger behind them. The entire pit, including tables, is sanitized regularly.

There’s reason for caution: Since reopening in June, Wynn Las Vegas has had 548 positive COVID-19 cases among its employees, according to data gathered as part of the property’s rigorous testing and contact tracing program.

Many of Las Vegas’ hot spots have reopened for dining, including The Mayfair Supper Club at Bellagio and CATCH at ARIA Resort & Casino. They’re all operating at half capacity and many offer touchless to-go service and/or digital menus for ordering. Tables are spaced out to allow for

When you buy through our links, we may earn money from our affiliate partners. Learn more.

Today, Crystal introduced an expanded set of health and safety measures for its Crystal Clean+ protocols to include requirements for COVID-19 testing for guests and crew, mandatory travel insurance, in-port guidelines and more. The new Crystal Clean + 3.0 protocols build on Crystal Clean+ 2.0, the initial set of enhanced health and safety procedures which the company released in July. The Crystal Clean+ protocols go beyond Crystal’s already stringent practices to further safeguard guests’ and crews’ well-being and offer travelers peace of mind when they return to cruising the world again. Crystal Clean+ 3.0 guidelines feature noteworthy updates in the company’s pre-boarding and embarkation procedures, social distancing requirements, shore excursion policy, crew member standards and practices and more. The new Crystal Clean + 3.0 protocols are tailored to meet the unique needs of the luxury traveler and incorporate the current recommendations provided by the Cruise Line International Association (CLIA) to